The exhibition project 'Apple. An Introduction. (Over and over and once again)' offers occasion for a conversation on the Commons – and the act of Commoning – as strategies for structuring open spaces in the urban environment. In particular in a city such as Berlin, public space forms through the overlapping nature of various interests and forms of use, which in part exist in contradiction to one another. How might places of nature-culture be structured within this conflict-ridden field? Under the growing pressure of climatic mutations and ecological crisis, questions of biodiversity are increasingly important as a central component for resilient natural-cultural systems. How might the Commons and Commoning, as frameworks for action and shared economies, contribute to increased resilience, biodiversity and justice: both between and for future generations? What implications might this have both for private and economic interests and for administrative structures? Eckart Brandt (pomologist, Boomgarden-Projekt for the collection of old varieties of fruits), Marco Clausen (Prinzessinnengarten) and Friederike Habermann (economist, Commons researcher and activist) discuss their perspectives on biodiversity, urban use and the economy of the Commons.

Eckart Brandt, pomologist (expert in fruit tree science) and writer, has been active as a fruit tree farmer since 1983. In 1985, he called the 'Boomgarden Projekt' into being, and has since collected hundreds of ancient fruit species. His “living collection” was initially planted on rented land, before being brought long-term to land provided by Judith Bernhard, Eckart Brand's wife. As genetic resources and living witnesses to agricultural heritage, the trees are now hosted at the 3.85 hectare-large Boomgarden Park Helmste – which is currently being secured under a not-for-profit foundation. Since 1993, Brandt has been a member of the Pomologist's Association, which acknowledged his significant engagement in 2001 with the Oberdieck Prize. At the Expo 2015 in Milan, which took place under the motto 'Feeding the Planet, Energy for Life', Brandt acted as Idea Ambassador for Species Diversity for the German Pavillon.

Marco Clausen is co-founder of Prinzessinnengarten (2009) and the Nachbarschaftsakademie (2015). He organises events, workshops, programs for international visitors, and study and research projects on topics such as food sovereignty, rural-urban relationships, robust social and ecological urban development, the Commons and social-economic transformation, with a special focus on self-organised forms of collective learning. In 2012, Clausen initiated a campaign that was signed by 30,147 people called 'Wachsen lassen!' ('Let it grow!'), which successfully prevented the planned privatisation of Prinzessinnengarten. Together with the Initiative Prinzessinnengarten Kreuzberg, Clausen is currently campaigning to secure the open urban space at Moritzplatz for the next 99 years. In 2018, together with Kerstin Meyer, he formulated a plan for a 'permanent garden in Berlin', and is currently part of the working group for the exhibition and educational project 'Licht Luft Scheisse. Perspektiven auf Ökologie und Moderne' ('Light Air Shit. Perspectives on Ecology and Modernism').

Dr. Friederike Habermann, economist, historian and writer, has been active in social movements since 1980. Her particular focus lies in the relationship between the economy and other power relationships. In 1998, Habermann took on the press coordination for global networking of the grassroots movement People's Global Action (PGA). Since this point, she works as a researcher and activist with the notion of the Commons, through, among others, the Commons-Institut. She has been living in Commons-based projects for the last 15 years, and participates in the networking of solidary economies beyond the logic of exchange. In her book 'Ecommony. UmCARE zum Miteinander' (2016) she teases out the question of how a commons-based society could become a reality. Her first favourite song was 'In meinem kleinen Apfel' ('In my little apple').

Maike Majewski, environmental educator, translator and writer, is since 2012 the coordinator of Transition Town Pankow, a neighbourhood sustainability project that is part of the international transition movement. As of 2016, she is active in the Berlin 'Ernährungsrat' ('Nutrition Advisory Board'), a coalition of actors from civil society working for the ecologically sustainable and socially just production and distribution of food in Berlin. In the framework of the 'Open Source Circular Economy Days', Majewski is engaged in topics relating to the nutrition and nutrient cycle. For the exhibition 'Der Apfel. Eine Einführung. (Immer und immer und immer wieder)', she has developed the experiential and pedagogical project 'Der Saftkreislauf'('The Juice Cycle'), which she will introduce at the Apple Festival in cooperation with 'Apfelschätze' and 'Kulturagenten für kreative Schulen'. 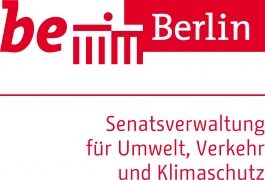