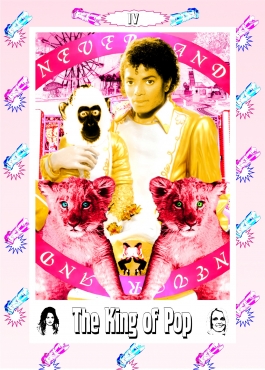 Why did you start working Disney World?

I was 15 years old. My mother saw an ad in a newspaper, they were looking for skateboarders and performers. At that time, skateboarding was all I did. Every day, every hour. I was obsessive. And I didn’t really care about much else. But it was nice to have a little bit of money, while doing this and hanging out with my friends who worked there as well.
I had a different perspective, as I never went to Disney World up til then, my parents didn’t have money and I was not familiar with the characters.
I don’t think I had ever seen one Disney movie. I remember really liking Tom & Jerry.

Do you recall your first day in your new job?

I was very excited about it. We received the full training. They pour Pixie Dust onto you. You’re not an employee, you are a cast member. You are part of the show, you are performing. There is a certain truth to that.
I have such a different impression of that stuff, because I didn’t grow up with it and then suddenly I was backstage 100 % a Disney person. Putting on a show that I never watched.

It must have felt quite corporate to a teenager who has never had another job before.

I was there at a time when it was still not corporate at all; it felt like a family, and quite authentic. People have been critical about Disney World forever.
I always tripped on that, because that is the reason Disney made it. He created a vision of how life could be or should be. Do you think Disney didn’t know the world was screwed up? Of course he knew that. But he wanted to paint a different kind of picture for people to look at.
The company was genuinely trying to make the cast members happy. You don’t see that now. I was working there part time by the early 2000s and I was seeing a real change. At this point Disney World is a huge corporate company. Maybe not quite as bad as working at Wells Fargo. But still a big business.

You go out there and even though it is a lot of work and it can be really hot and physically demanding, you have an amazing interaction. The kids freak out. They are running up to you with excitement. It was a show but it was pretty genuine. We loved being that character. It wasn’t a lie.
As a Chipmunk, I went out to the park and I was being mischievous. The guests could see you like that. You were in fact becoming a naughty chipmunk.
These days, Chipmunks are led out by an escort and taken to their spot, because it is so crowded and it has to be efficient.
You also see the difference in the kids. They move on quickly, some don’t even say goodbye.

That seems to be our current culture. Selena Gomez, Justin Bieber and the Instagram mentality. In a way, Disney World feels more real in comparison. Did you ever feel like Disney inhibits creativity in kids?

I am convinced of the opposite. I don’t think anything could be more inspiring. Walt Disney knew what he was doing. It may not be your taste. But the experience is still professional and well designed.
For the Magic Kingdom, they built a tunnel system. So, when you are walking through Disneyland on Main Street USA, the second floor consists of a labyrinth of tunnels. If you are working in Frontier Land and you are wearing your cowboy outfit, this system enables you to pop out right where your job is. Same goes for the logistics, food and merchandise.
Disney World in Florida functions like a state. You have entered Disney World for a while before you get to the actual theme parkThere was a big tunnel entrance at the parking lot. You cannot see it as a guest. It is right behind the Magic Castle.

How did you behave as your specific character?

I remember going out there for the first time, thinking: “Oh my god, I’m a Disney character now”. You really are a Chipmunk, you never break the role. It takes a week of training. Everything is larger than life so you change your movement. It’s basic Pantomime. Eventually you become that character.
Peter Pan was a face role, because I was allowed to talk to people. I have always been a clown. That is what Peter Pan is, too. I did not even have to change for it. It was just me.

Did a kid ever look under the costume’s cover?

It happens every once in a while. One time I was Pinocchio on waterskiis in the park. I skiied on a slide. At a big drop my head just went flying. I was left with the rest of the costume and my own head. Pinocchios head was gone. It felt slightly weird.